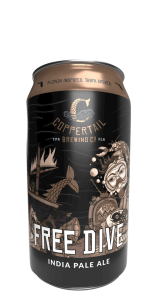 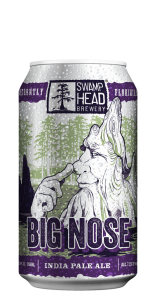 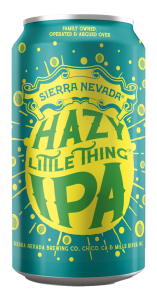 In our recent interview with Dogfish Head Brewery founder Sam Calagione, Sam discussed how his idea for continual hopping in the India Pale Ale (IPA) style of beer helped put the brewery on the map and establish Dogfish Head’s reputation as an innovative brewery.

What’s in a number, anyway?

While conventional wisdom says a brewer should add hops to an IPA at specific intervals while wort is boiling, Sam decided to tinker.  Sam grew an idea one day after watching a cooking show. On the show, the chef added pepper to a soup a little at a time, instead of one large addition.  Sam decided to test this idea and instead of adding all of the hops to his IPA in one massive dose, Sam tried hopping the wort continuously while it boiled.  He Macgyvered up a vibrating football game and a bucket of hops so that while the beer boiled, it received continuous doses of hops, hoping that the finished beer would have all of the aroma and bitterness that beer drinkers want from an IPA.  When the first batch of 90 Minute IPA premiered at the brewpub, Sam remembers that “continual hopping provided a beautiful balance to our Imperial IPA – allowing us to add a foolhardy amount of hops throughout the boil without making 90 Minute crushingly bitter.”

How many hops can a beer hold?

The brewery dubbed 120 Minute IPA ‘the holy grail for hopheads’ and the beer’s reputation grew from there.  “120 Minute started off at 20% alcohol, but we’ve dialed it in now to come in right about 18% alcohol. We’ve found over the last 7-8 years that is where its balance is best,” Sam says.  “Unlike bigger beers that drink like a liquor, 120 Minute still drinks like a beer. Our huge beers are meant to drink more like beers – they’re carbonated like a beer, they just have way more flavor, complexity, and hoppiness.  We sell the beer in single-serve bottles, but it’s best when split between two people or drank over the course of an evening,” Sam admits.

It’s been a minute, but 75 Minute IPA is coming back

After 120 Minute IPA was well established, the crew at Dogfish Head noticed that taproom co-workers were creating a new beer, calling a blend of 60 Minute IPA and 90 Minute IPA “75 Minute IPA.”  The brewery then made a cask-conditioned version and released it back in 2011.  The brewery has decided to bring back this iteration of IPA with an addition of maple syrup for the 2018 holidays.

Pick up one of these packs today and see just how hoppy the holidays can be!

60 Minute IPA (6.0% ABV): It’s hard being the sequel, unless you wrote the original story. Inspired by the continual hopping process we invented with 90 Minute IPA, 60 Minute builds on that one-of-a-kind process and flavor, crafting a solid gold hit that’s found its own identity.  Brewed using a boatload of intense Northwest hops, we boil this continually hopped IPA for a full 60 minutes, adding more than 60 hop additions continuously to create a bold and timeless flavor. Continually hopped to deliver a pungently, citrusy, grassy hop flavor without being crushingly bitter, 60 Minute IPA is a surprisingly sessionable IPA for the craft enthusiast

75 Minute IPA (7.5% ABV): Now in our latest iteration, this classic IPA is again brewed with maple syrup from Sam’s family farm in Massachusetts, while being continually hopped throughout the boil, and then dry-hopped with a slew of cascade hops. The result is a malty and earthy brew with citrusy-pine aromas, balanced by subtle maple notes.

90 Minute IPA (9.0% ABV): The brainchild of Sam Calagione’s continual hopping innovation, the process provided a beautiful balance to this Imperial IPA – allowing the addition of a foolhardy amount of hops throughout the boil without making 90 Minute crushingly bitter. With rich pine and fruity citrus hop aromas and a strong malt backbone, 90 Minute IPA created pungent, unapologetic flavor that led Esquire to call it “perhaps the best IPA in America.”

120 Minute IPA (15-20% ABV):  120 Minute IPA is continuously hopped with a copious amount of high-alpha American hops throughout the boil and whirlpool, and then dry-hopped with another pallet of hops. Unfiltered and abundantly hoppy, it’s the Holy Grail for hopheads! We brew 120 Minute IPA a few times a year, but it goes fast. If you find some grab a few bottles — some to enjoy and some to age.