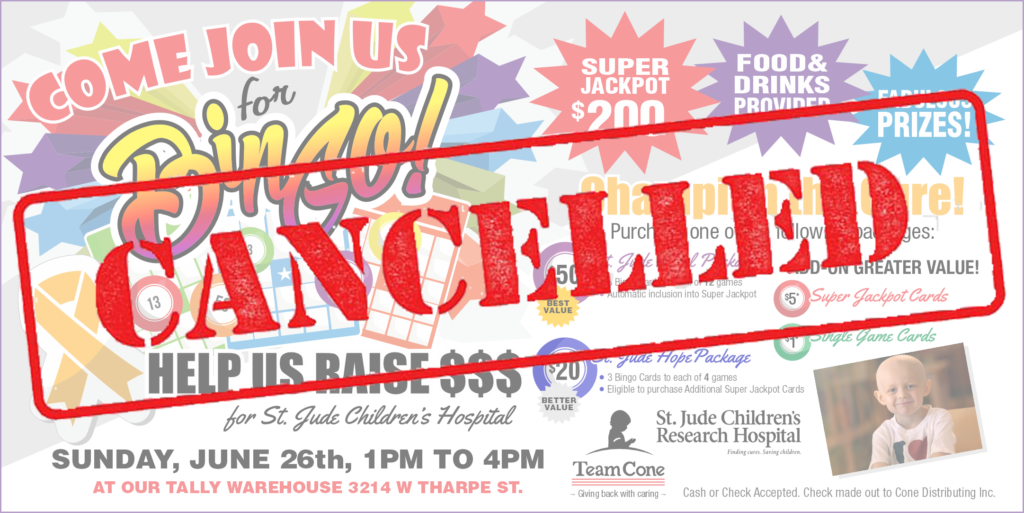 HOW CAN I WIN?

Bingo Packages will be sold at the door so bring cash or checks (made out to St. Jude).

All proceeds go to the children and families of St. Jude Children’s Research Hospital.

Team Cone’s Tallahassee Bingo is open to the public for play. For more information, please call 850.576.4176, email info@conedist.com, or visit the Contact Us page of this site. 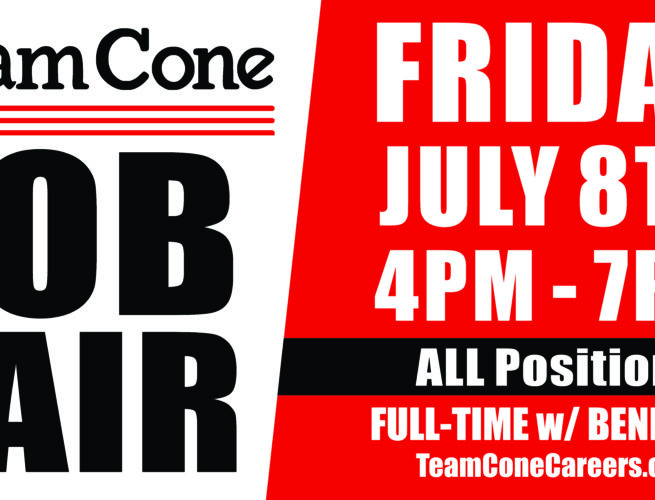