Team Cone’s Rib Fest is an employee-run event that involves teammates selling tickets for slabs of ribs and proceeds being donated to St. Jude Children’s Hospital.  Ribs are then cooked up and teammates come to pick up the ribs at Martin’s Yamaha in Ocala.

In 2018, Team Cone Rib Fest Coordinator Ben Whiting noticed that the event would routinely bring in between $4000 and $5000 for St. Jude. After a discussion with Team Cone management, he decided to organize the event twice each year.

Whiting says that he is grateful for all of the help and all of the money the company is able to raise for St. Jude Children’s Hospital:

“I would like to say thank you to everyone who participated in this year’s spring event. Special thanks to Steve Beckwith, Charlie Ingrilli, Clarence Thomas, John Finch, Hunter Spink, Ty Chatterton and the entire Brady family for all their help. We raised $5660.00 making this our largest Ribfest yet.”

Each year, Team Cone raises money with the help of local businesses across the 22 counties in the state of Florida and makes a large donation to Saint Jude Children’s Research Hospital at the conclusion of the year.

About Cone Distributing
Founded by Douglas P. Cone, Jr. in 1985, Cone Distributing (Team Cone) began business with selling five brands of beer in four rural counties. The company expanded territory and suppliers and has not stopped since, building the largest geographic footprint in the state for a Florida beer distributor. Today Team Cone sells beer from over 40 suppliers in 22 Florida counties from a state-of-the-art facility in Ocala and a facility in Tallahassee. Cone Distributing’s goal is to operate a World Class company, distinguishing itself by doing the Right Thing, the Right Way, All the Time. 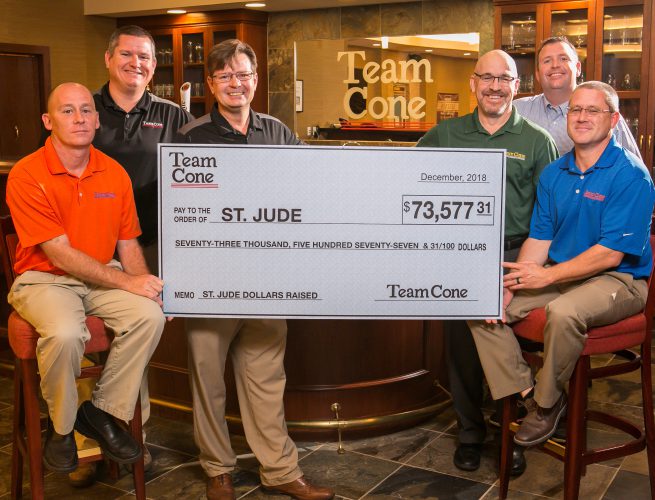 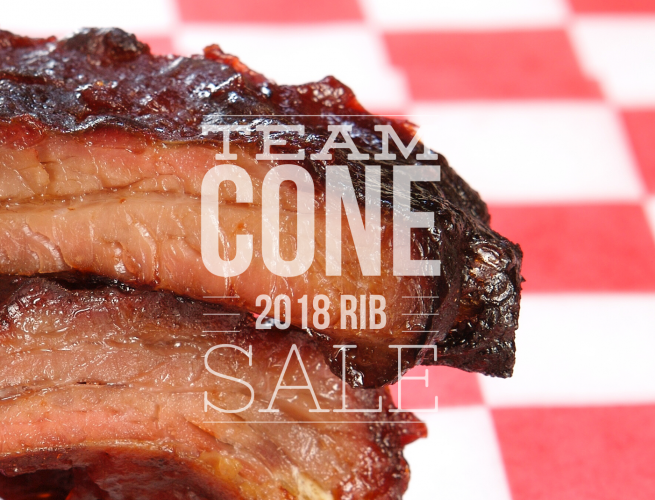 Team Cone is hosting their 2018 Rib Sale to benefit Saint Jude Children's Research Hospital. $20 per slab to be picked up at the AMF Galaxy West Lanes from 10am until 2pm on Saturday, April 28th.