Open That Bottle Day was created, according to the Wall Street Journal, as a day for wine lovers to drink the bottles that they are saving for the perfect moment, a special occasion, or just never got around to drinking.  That holiday is especially relevant for beer lovers also, since many beer enthusiasts cellar beers that they can enjoy at a later date.  The problem with life is that it continues to happen, despite any beer lover’s best intentions, so oftentimes bottles are left to mature past their prime and that perfect occasion never happens.

Beer can be cellared

It may come as a surprise, but beer can be aged and many beers age gracefully developing additional character as time passes.  NOT ALL BEERS ARE IDEAL FOR CELLARING, and aside from some unique Belgian lambics, there are almost no beers that can be aged indefinitely.

Which beers are ideal for cellaring

Beers that are ideal for cellaring are those that have a higher alcohol content and/or ones that are bottle-conditioned so that the yeast can continue to ferment the beer.  Over the course of months and years, the seal on their bottle allows small amounts of oxygen in.  That oxygen will oxidize the beer and the beer will take on notes of sherry and wet cardboard.  While these flavors seem undesirable, the changes add to the profile of the beer and the end result is a beer that is quite different from its younger self.

Like wine, each beer has its own threshold for aging and if aged too long, it will be “past its prime” meaning the flavors will be tainted by oxidation and a shadow of their former selves.  Cellared beer should be aged in a cool, dark area that has consistent temperatures (specifically an area that does not get too warm).  Warm temperatures can encourage oxidation and make beer age more quickly than it would normally under consistent temperatures.

One of the prime cellar candidates is Dogfish Head Brewery‘s 120 Minute IPA.  120 Minute IPA has a high alcohol content and a large number of hops.  Both of those aspects together will allow the beer to change over time.  120 Minute IPA will continue to age for many years, in fact, the brewery has been known to pour 120 Minute IPA that is up to 10 years old at the brewery.  The enjoyment of beer is different for everyone, so the flavor of 120 IPA with a few years on it may be just what the doctor ordered to mellow out the hops and let the immense amount of malt shine through.

Another prime candidate for cellaring is Sierra Nevada Brewing’s Bigfoot Barleywine.  When this malty monster comes out every year, it is young and immensely hoppy.  With time, the hops fade and the malt character begins to shine through.  With more years, the hops will continue to mellow until they are a small part of the malt profile and the beer’s malt profile mixes with the sherry notes from oxidation.  While it is still Sierra Nevada’s Bigfoot, it does not have the same features that it started with.

That bottle that you open on “Open That Bottle Day” does not have to be one from the deep recesses of the cellar – it can be that bottle at the local bottle shop that always looked interesting.

Whichever bottle gets the honor, Open That Bottle Day is best enjoyed with friends.

Suggestions for Open That Bottle Day:

Infinite Ale Works West Floridian Quadruple: Ocala’s Infinite Ale Works has made a name for itself making unique Belgian-inspired ales from their Marion County home.  This quadruple won big in 2018’s Best Florida Beer Competition and continues to turn heads around the state. Keep an eye on this beer, as its 10.5% alcohol content can sneak up quickly.  Available in 500mL bottle four pack, West Floridian’s unique character loves the company of friends.

Swamp Head Brewery’s Barrel-Aged 10-10-10 Imperial IPA: Gainesville’s original craft brewery began aging their locally loved 10-10-10 Imperial IPA in bourbon barrels many moons ago, and sometimes the beer can be very bourbon-forward when the beer is fresh.  There is nothing wrong with bourbon-forward, but a few months or a year or two can change the profile of the beer with a little sherry character. 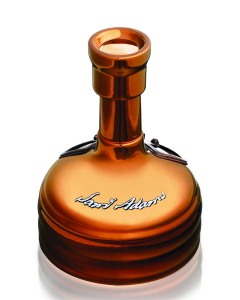 Samuel Adams Utopias: One of the most unique beers available, Samuel Adams Utopias is only made and available every two years.  This beer is a blend of many ales that have been aged in spirit barrels and it presents itself more like a fine spirit than a beer.  Utopias is one of the few beers that can be resealed and enjoyed later, as it does not have any carbonation.  Any who have tried this beer can say for certain that they have never had any beer like it.  Best savored among friends, Utopias also carries a hefty alcohol content (28%) from all that contact with spirit barrels.