The Hoppiest of times is here!

October is the hoppiest month of the year – the month to celebrate for everyone who enjoys pale ales, IPAs, double IPAs, and any beer that shares in the glory of hops.

Why is October a month for hoppy beer?

Late September/ early October is hop harvest in Washington, Oregon, and Idaho. These three Pacific Northwest states are the heaviest hop-producing states in the United States. Hop farmers in these states are forecast to produce 106 million pounds of hops in 2019 – over 75% of the American hop yield. Hops are only harvested in these states once each year, and the crop is dried, pelletized, and processed to be usable for the rest of the year.

October is when the hops are the freshest and at their peak.  Each October, a unique style of IPA becomes possible, and several brewers take advantage of hop harvest to make a wet-hopped IPA. 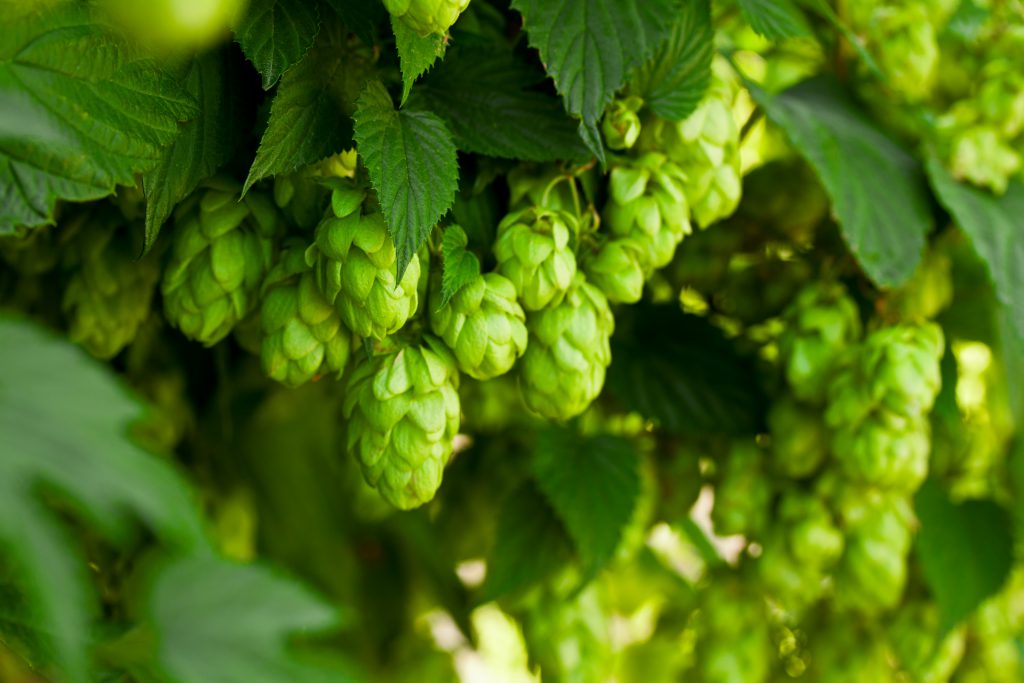 Wet-hopped IPAs are unique and made during hop harvest because timing is crucial.  In order to be considered a “wet-hopped” IPA, hops are added to boiling wort within 24 hours of being picked.  This is not an easy feat for a brewery down the road from a hop farm, let alone one across the country.  Wet-hopped beers are also challenging to put through a typical brewing system.  Since they have not been dried or pelletized, it is common for hop particulate material to separate from the plant during the brewing process, requiring extended cleaning times and special procedures while brewing.

Why go through all of the trouble, then?  Well, the resulting beer is unlike any other beer experience available – hoppy or otherwise. The amount of oil and hop essence released when brewing with fresh hops is different than the same beer brewed with traditionally packaged hops.

In other words, for many breweries, wet-hopped beers are labors of love.

Check out these labors of love, and experience for yourself the joys of a hoppy October. 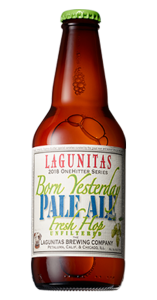 Lagunitas Born Yesterday (7.2% ABV) – The brewers at Lagunitas are located in Petaluma, California – just down the highway from hop country. Born Yesterday is Lagunitas’s version of a pale ale, but instead of traditional hops, they add “wet, lupulin-drenched, un-kilned, whole-cone, fresh-picked-and-rushed-straight-from-Yakima hops for your immaculate reception. This Un-Freakin-Filtered, wetter-than-wet beer has 11lbs-per-barrel of Simcoe, Citra, Mosaic and Indigenous Catawampus.”

Swamp Head Brewery Gainesville Green (7.0% ABV) – For over five years now, Gainesville’s Swamp Head Brewery has made this fresh-hop IPA with a different strain of hops each year. No one outside of the brewery knows what version of this beer will appear each year – what strain of hops? Which state will the hops originate? Will the beer be a traditional IPA or a hazy IPA?  While the brewery seems to savor the suspense, the beer never disappoints. 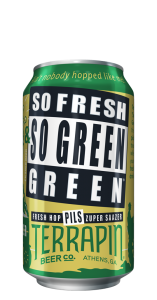 Terrapin Beer Company So Fresh and So Green Green (5.2% ABV) – Athens, Georgia’s Terrapin Beer Company has been making this wet-hopped beer as an IPA for ten years now. Like Swamp Head, Terrapin has been using a different hop(s) each year. 2019 is no different – the brewery announced that So Fresh will be made this year using Zuper Saazer hops from Michigan. Give it a try and see what flavors these new hops give the beer.

Fresh-hopped beer
After wet-hopped beer, another type of beer that expresses the freshness of newly picked hops is a fresh-hopped beer (usually an IPA).  Fresh-hopped beer is a beer (almost always an IPA) that is brewed only with hops that have been picked in the October harvest.  While the hops have been kilned, dried, and pelletized, being used quickly after picking ensures that the beer gives off aromas and flavors of the hoppiest time of the year.

Sierra Nevada Celebration Ale (6.8% ABV) – Sierra Nevada’s Celebration Ale has been one of the few American IPAs released for the holidays ever since 1981.  While many brewers release stouts and spiced beers, Sierra Nevada takes the hops from the October harvest and uses them while they’re at their peak freshness.  Celebration Ale’s holiday release is the gift that hoppy beer enthusiasts want (and get) year after year.

Intense beer
When talking about hoppy beer, no discussion is complete without mention of Dogfish Head’s IPAs.  120 Minute IPA has been a standard of hoppy beer for over 15 years and it is one of the few IPAs that can be cellared for years.