Halpatter Brewing of Lake City, Florida has inked a deal for distribution with Cone Distributing.

“We at Team Cone are looking forward to partnering with a brewery that is so active locally and so excited about making great beer and having an impact in the community,” says Charlie Ingrilli, Vice President of Sales for Cone Distributing.

Halpatter Brewing echoes Team Cone’s excitement and says that Team Cone was their first choice for distributing their beer. “Team Cone is just like us,” says Halpatter co-owner and managing partner Chris Candler. “Team Cone just aligns with our philosophy – the company is unlike anyone else.  When we talked to them, they were all about growing our brand and developing a brand presence, which is what we’ve always been about.”

Halpatter will begin distributing their beer locally in the Lake City area and with time, the craft brewery will be available further into Team Cone’s 22-county distribution footprint.

Team Cone will be bringing in and selling Halpatter’s core beers, with a focus on selling O”leno Cream Ale and Old School Session IPA first, with other releases to follow. 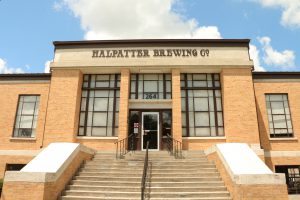 About Halpatter Brewing Company
Halpatter Brewing was founded by a trio of brewers, beer afficionados, and friends pursuing their passion of brewing great beer and positively impacting their neighbors and visitors alike.

The mission of the Halpatter Brewing Company is to craft and serve the highest quality beers in an environment that seeks to positively impact our patrons and community.