What is Two Lane American Golden Lager?
In crafting this light and enjoyable lager, brewers chose ingredients that evoke feelings of being at home – like a two-lane road back to places everyone knows. Classic beer ingredients like American barley and water from the Blue Ridge Mountains bring a crisp and flavorful taste of a beer you get when you’re most comfortable, most connected, and most yourself: the feeling of being at home.

Every Two Lane beer is brewed in Daleville, Virginia at the base of the Blue Ridge Mountains, and Two Lane is proud to produce every can in a place that feels like home. Whether it’s the homegrown two-row barley and water from the Blue Ridge Mountains in our beer or the genuine love we have of country music, we strive to bring you feelings of home with every sip.

Two Lane American Golden Lager is crisp and clean with 4.2% ABV, 99 calories, and 3 grams of carbohydrates. 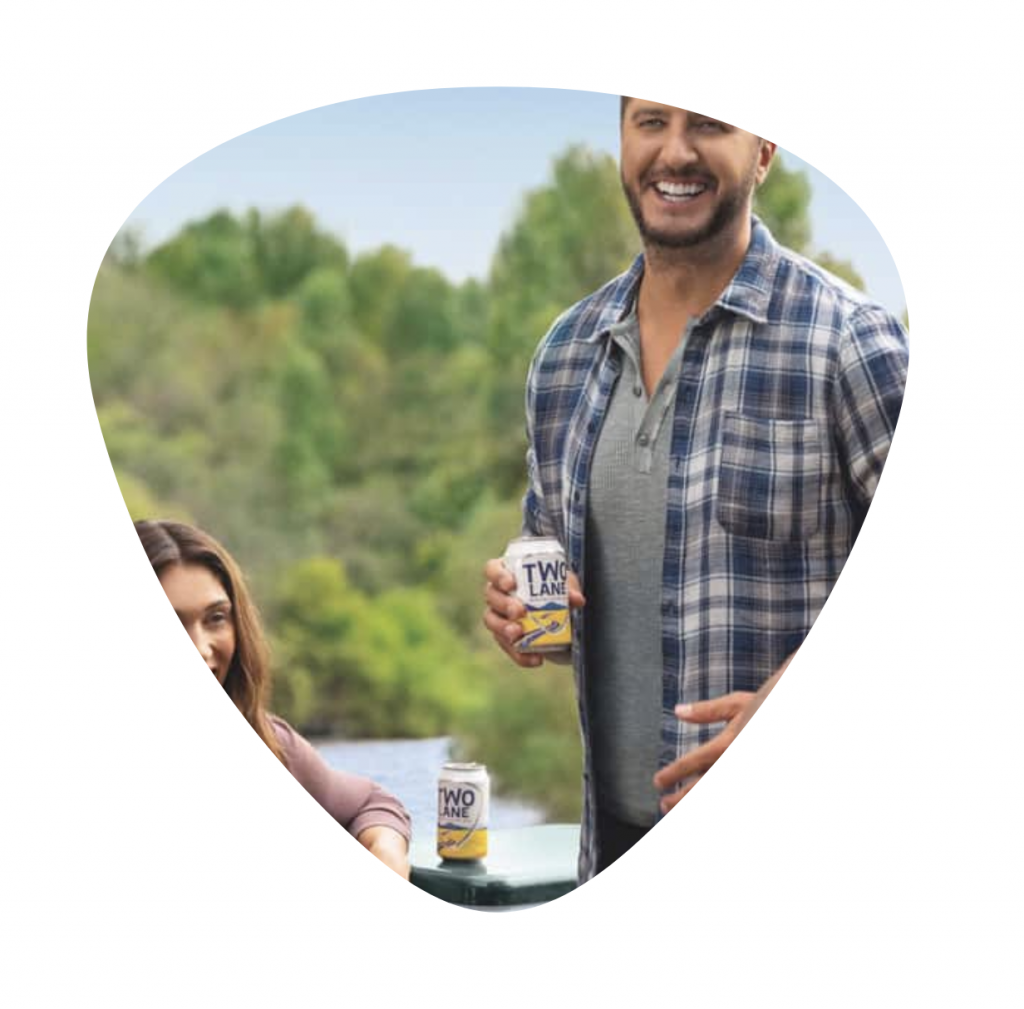 Why Luke Bryan decided to collaborate with Two Lane?
Luke Bryan, wanted a smooth sippin’ beer with a satisfying taste to enjoy when kicking back at home with friends and family. Inspired by these moments, he collaborated to create Two Lane American Golden Lager, a modern take on an easy-to-enjoy beer.

As Luke himself says in a video posted on Two Lane Brewing Company’s Facebook page, “It’s called Two Lane because it’s perfect for the kind of places you’ll find at the end of a two-lane road – fishing holes, campsites, dive bars.  Places you and your friends can really feel at home.”

Check out the custom playlist that Luke has put together on YouTube for his Two Lane American Lager collaboration.

Watch Team Cone’s social media for dates that Two Lane will be available
Team Cone will be bringing cans of Two Lane American Golden Lager to stores and restaurants soon, so you can enjoy a Two Lane American Golden Lager and the feeling of home wherever the road takes you.  Keep watching Team Cone’s Facebook, Twitter, and Instagram pages for more information.

Have you seen the range of flavors from Funky Buddha Brewery? From bacon to marshmallow bars, this south Florida brewery seems to have the inside scoop on wonderful culinary-inspired beers!

Where can I sample Saint Archer Gold?

Where can you sample Saint Archer Gold in February? Our teammates are ready to satisfy your curiosity about this new contender in the super-light beer segment. We encourage you to come out and try one today!